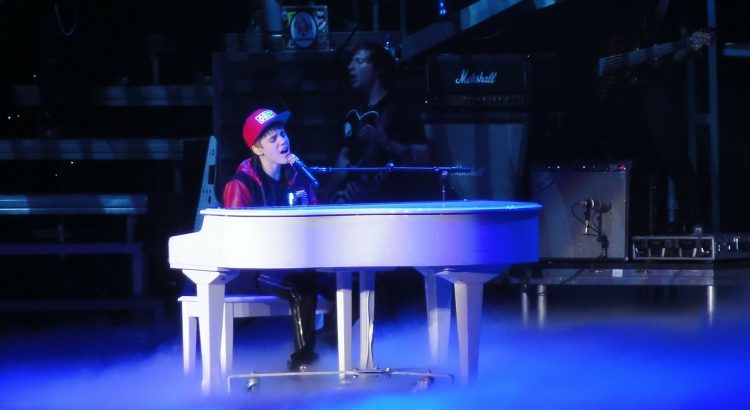 Thanksgiving is that time of the year where everyone gets to spend time with family and friends. The spirit of the season is abuzz in the air, together with that delicious turkey smell that puts you in a hungry mood as much as you try to resist. I’ve always wondered how celebrities around the globe celebrate and the number of activities they do to get through the day. We will take a look at stars and how they spend their thanksgiving holiday.

Gwyneth Paltrow took an exciting turn for her thanksgiving in 2020 by visiting her father’s grave during the holidays accompanied by her two sons. That was an emotional time for the Oscar winner. Gwyneth’s father is late director Bruce Paltrow.

Despite his fame, John Legend seems to be a family person as he posted a photo of his wife Chrissy and kids Luna and Miles. His children must be delighted that their father is such a sweet man.

Justin Bieber is a Canadian, and that means that their thanksgiving is in October. Notwithstanding that, Justin will send a thanksgiving message to all Americans that usually express his gratitude. That’s sweet coming from the famous singer.

Nicki Minaj’s thanksgiving is usually with family, but this year, she has hers for the first time as a mother. Nicki and her husband, Kenneth Petty, welcomed their son in 2020. This is special for Nicki and her family as she declared she would prepare for the feast herself.

Kerry Washington is a fascinating pick in this group with her unusual yoga practice for a holiday. She was also grateful for the people that love her. Yoga! Who would have thought that?

Keith Urban’s partner Nicole decided to spend her holiday gazing into the beautiful landscape and work of nature. I would agree with her. That was an excellent place to be thankful for family and friends.

Jennifer Aniston decided to spend thanksgiving with her rescue dog, Lord Chesterfield. I’m sure that the cute puppy will approve of her words, “We’re grateful.”

There you have it! Above are some celebrities with interesting thanksgiving celebrations. Follow them on social media to learn more. Thanksgiving offers a great opportunity to spend time with family and friends and share amazing memories. Don’t be surprised that even your favorite celebrities appreciate the Thanksgiving holiday and have their own way of spending it.

The fact is that you will have a lovely time watching your favorite movies with the addition of alcohol. Nevertheless, finding a good movie to play the game is a careful balancing act. You wouldn’t want to watch a movie that makes you think too hard; nevertheless, you can’t just opt for any old bad movie. The best fun movie drinking games belong to one of two categories, like cult movies that you have watched several times or films that are so bad and can be depicted as a good movie. This post has compiled a list of fun movies to turn into a drinking game.

Several people can recite every line of this film by heart; thus, it doesn’t matter if you get drunk while watching this movie. It would be best if you drank when someone says “Africa,” someone shares a rumor heard about Regina, Cady’s name is mispronounced, someone mentions Regina George’s full name, and an entry from the Burn Book is read in a loud voice.

The unique thing is that the only time the Phantom Menace is tagged as the best Star Wars movie is when someone talks about the best movie drinking games. Ensure that you drink when there is a screen wipe, a podracer crashes, Jar Jar says “Meesa,” someone mentions “the Force,” and someone mentions midichlorians.

If you re-watch the originals before Midnight Sun is released, you’ll need to get a few drinks. Endeavor to drink when; a vampire sparkles, Edward and Bella stare silently at each other, a vampire uses their power, Edward looks uncomfortable, and Bella looks like she will throw up.

There you have it! Above are some fun movie drinking games. Get your favorite drink with you and watch these movies to have an excellent time. You can decide to perform this task with your close friend.

Many of us follow celebrities because we realize that most of them have eyes for the good things of life and will not hesitate to spend a lot of money on the things they love. We know that they buy the best clothes, fly the best airlines, and also take vacations in the best destinations.

You can actually discover some of the best vacation destinations if you follow some of the world’s most famous persons. If you are interested in vacationing in peaceful yet fun locations where you are likely to spot celebrity couples, here are six places to keep in mind:

As you want to catch some celebrity couples vacationing in the United States, Aspen should be the first place to try. The major attraction here is skiing and snowboarding, and you will find many celebrity couples here once it is winter.

Italy is an excellent country for vacationers. You will have so many places to choose from. However, if sighting celebrity couples is really important to you, you will need to find your way to Lake Como.

There is something classy about Mallorca, and it is not surprising at all that most classy celebrity couples vacation here. Many celebrities choose it over other European destinations when they want to get away from all the noises.

Saint Tropez has some of the most spectacular beaches in France – it is not surprising that some of the most powerful celebrity couples frequent here. The one and only Beyoncé has been spotted here with her hubby, Jay Z.

Sometimes, our celebrity couples fly all the way to the other side of the world to escape all the hustles and burbles of America. While many celebrities call this great city home, many others choose it as a perfect getaway destination.

There you have it! Above are some summer destinations of celebrity couples. The best things in life were made for all of us. If you can afford it, you should certainly vacation in these cool places frequented by our celebrity couples. To learn more about their preferred places, follow them on social media.

When he died of COVID-19 complications in January, Phil Spector was described as the infamous “Wall of Sound” producer. To a person who knows little or nothing about the Octogenarian, that description will sound a little harsh, but what really made is Phil Spector infamous?

If you read about his death or know him beforehand, you will know that the revolutionary producer was serving a life sentence. Yes, he was locked up for some serious crime we will discuss right here, but what was his story before infamy and incarceration?

Phil Spector was a New York Native who started a career in music quite early. He produced his first hit song, “To Know Him is to Love Him,” by Teddy Bears as a teenager. He shot into the limelight when he wrote the song “Be My Baby” for The Ronettes, a bad that had his future wife Ronnie as a member.

Spector wrote other classic hits for other girl groups and was a darling of the music industry. He was well-recognized, especially for his “Wagnerian” approach to rock ‘n’ roll. He revolutionized the industry with his “Wall of Sound” Technique.

Phil Spector got embroiled in what can be described as one of the most twisted stories in music history. He was treated as a prime suspect in the murder of actress Lana Clarkson, who was found dead in the early hours of February 3, 2004, in his Californian mansion.

Phil Spector actually shot Lana Clarkson about an hour after both were driven to the mansion in his limousine. He notoriously claimed that her death was an “accidental suicide,” saying that she “kissed the gum”.

He was tried for Clarkson’s murder in 2007 and was convicted in 2009, approximately six years after the murder.

The confirmation of Phil Spector’s death ends a very sad story in the entertainment industry. The once famous producer died as an infamous murderer.

Dr. Seuss was educated at Dartmouth College, where he was a member of the Sigma Phi Epsilon fraternity. He was also a part of the humor magazine, Dartmouth Jack-O-Lantern, rising to the rank of Editor in Chief. He enrolled in Lincoln College, Oxford, to earn a D.Phil. In English, but left without a degree.

Once Dr. Seuss returned to the United States from Oxford in February 1927, he started submitting writings and drawings to magazines, book publishers, and advertising agencies. It took about five months for his first nationally published cartoon to appear. This encouraged him to move to New York from Springfield.

Later in the same year, he accepted the position of writer and illustrator at the humor magazine, ‘Judge’. Once he was financially stable, he married his love interest, Helen. Until this point, Dr. Seuss was being published with his original name. His first work to be signed Dr. Seuss was published six months after joining Judge Magazine.

Dr. Seuss gained popularity after one of his cartoons was signed for the ‘Flit’ ad campaign. He became an on-demand cartoonist, with his works appearing in popular magazines like Vanity Fair, Life, and Liberty. He became very wealthy from earnings in advertising works.

Dr. Seuss’s first children’s book was inspired while he was returning from an ocean voyage. It was a poem, and then a book. According to Dr. Seuss, the book was rejected by more than 20 publishers. He was planning to burn the manuscript until a chance encounter with a Dartmouth classmate led to the publication. He wrote four more books before the US entered World War II, at which point he turned to political cartoons.

Dr. Seuss wrote many of his children’s books in his later years, after he moved to La Jolla, California with his wife,

Dr. Seuss died of cancer on September 24, 1991. He has been received several posthumous awards.